Savé Valley Conservancy is one of the largest private game reserves in Africa. Located in the South Eastern lowveld of Zimbabwe, bordering on the Savé River on its eastern side, the Conservancy comprises 750,000 acres of diverse wildlife habitat.

The SVC consists of privately owned, Government owned, and community owned properties that are aligned under a constitution to manage animal populations on a landscape scale. Individual properties operate tourist lodges that offer different types of accommodations in varied ecological settings.

The Savé Valley Conservancy was formed as a result of the coming together of a number of circumstances. The first was that an epic drought brought an end to cattle ranching and agricultural endeavour in the area and with it, the realisation that wildlife was the only viable future for the area. This dovetailed perfectly with the arrival of the first Black Rhino which had been moved from the Zambezi Valley where they were being poached to extinction.

A few enormous ranches were subdivided and sold in lots. These attracted local, regional and international investors; all keen to be a part of the new conservation vision that officially became the Savé Valley Conservancy in 1991 when the constitution was signed by all parties. 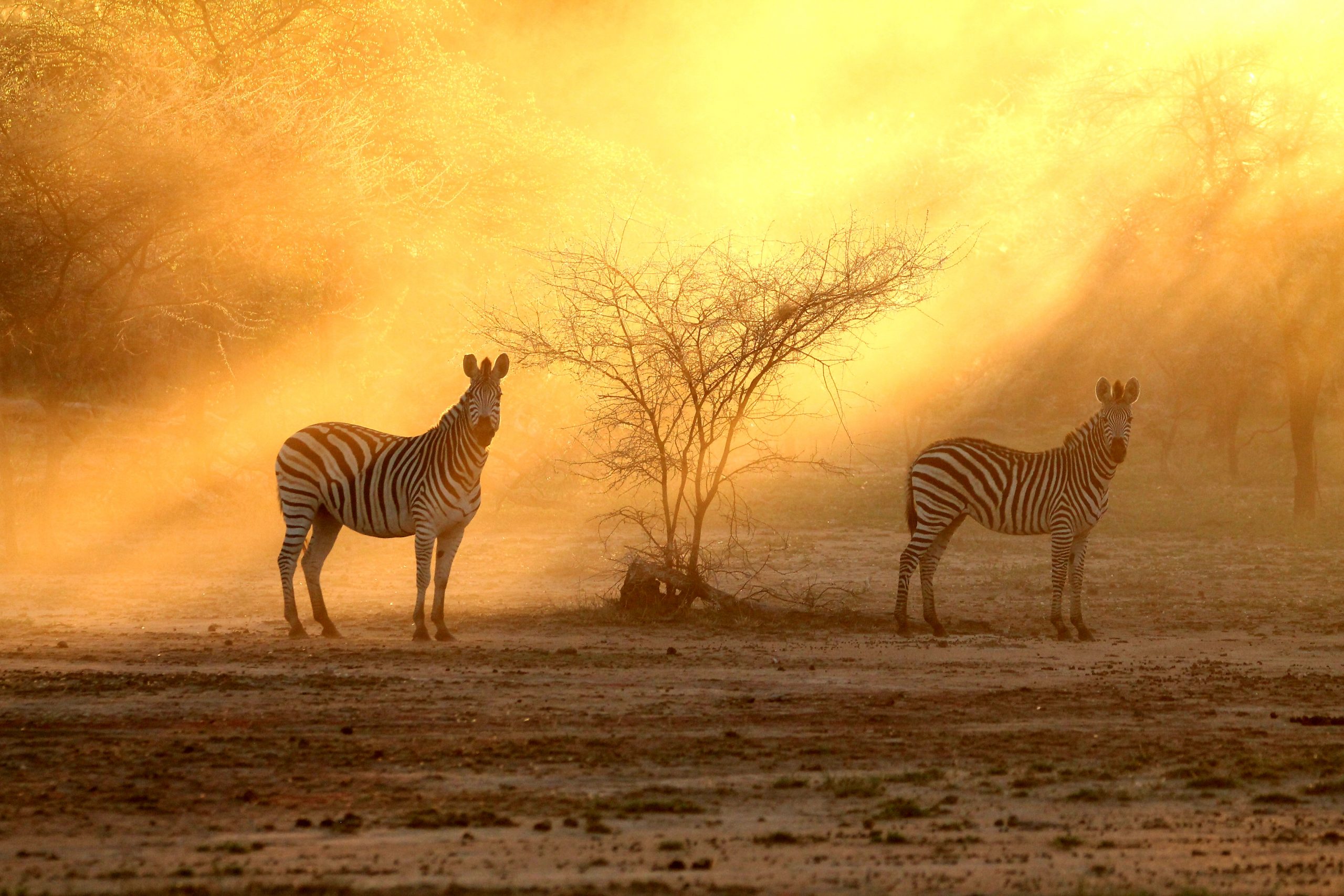 Ear notching is an essential monitoring tool whereby individual rhino can be identified. Each rhino is allocated a unique national identification number according to its sex and species. This number is then permanently cut into the ears of the rhino using a combination of notches and or holes. In key populations such as those in the SVC, it is critical that each individual can be identified in order to monitor population health and performance. This in turn conforms with best management and protection practices.

This year’s SVC rhino management operations were delayed due to the availability of the capture team, taking place later in the season between 14th October and 27th October 2020. Given the timing, the heat was a serious concern, representing an additional risk factor to the rhinos being notched and therefore likely to affect our efficiency should the ambient temperature be high enough to halt activities. However, as this report details, this was managed extremely well and 24 rhinos were successfully notched over this period (22 black rhino, 2 white rhino). 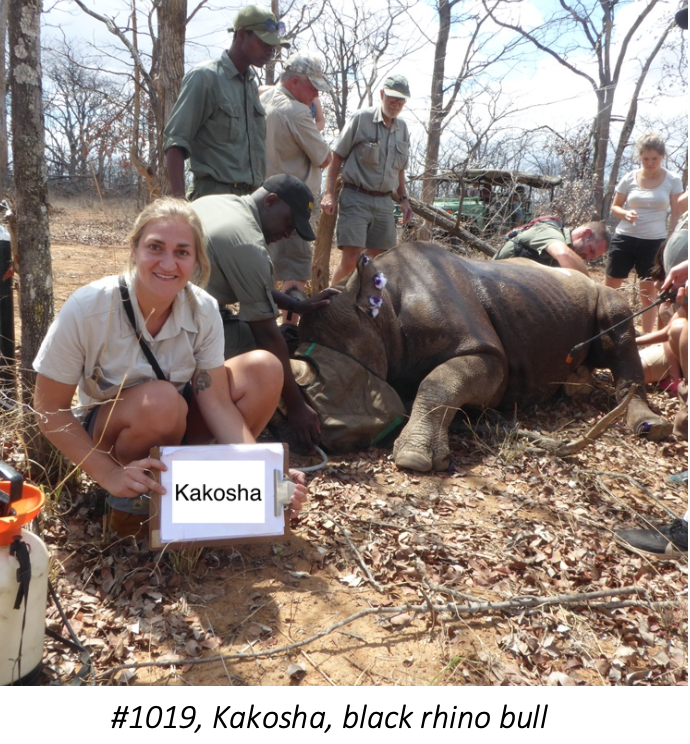 The day-to-day protocol followed in 2020 was similar to that used in 2019. SVC SSPU rangers under the management of ATS were deployed to track and find those rhinos that required ear notching for identification purposes. Only black rhino calves of 14-15 months or older, and white rhino calves of 18-20 months or older were considered candidates. These minimum ages were prescribed by the capture team to ensure animals were of sufficient size and robustness to withstand the immobilisation process. A list of candidates had been created earlier in the year which consisted largely of 2018 calves but also some individuals born early in 2019.

Once rangers had confirmed a visual sighting the fixed wing airplane was called in to spot the individual from the air, followed by the helicopter from which the animal was darted. The ground crew were then called in to monitor and notch the ‘clean’ rhino with an identification number in accordance with the national database. Each rhino was chipped with two microchips and clear photographs were taken of both ears for record-keeping purposes.

All 24 rhino were notched correctly. Only one candidate, Kambuzuma/2227’s 2018 calf located on Bedford, was not done. Bedford had already experienced some rain and as a result the bush was very thick, making this certain individual very difficult to find. To maintain cost effectiveness, it was decided to

postpone notching of this calf for the following year. This will not cause significant monitoring issues as Kambuzuma/2227’s 2018 calf will be the only clean black rhino calf of that age, thus easily identifiable. Progress was remarkably quick in the initial few days, with 14 rhinos notched in 4 days. The ensuing days were slower, which is typical at this stage of the operations; over 11 operational days an average of 2 rhinos were notched per day.

Table 1 below compares the 2019 and 2020 averages for induction time, total time and maximum temperature. Not only were immobilised rhino on average 0.3 degrees cooler in 2020 than in 2019, but the total time from a dart going in to the rhino standing in 2020 was on average 12.4 minutes less than in 2019. This is due to a combination of the following factors:

Other notable events during this year’s operations include:

On the 25th October SSPU rangers reported that a lone black rhino cow, a 2019 calf of approximately 18 months was badly injured on Arda. The decision was made that day to translocate this individual to the old rhino bomas located on Sango the following day using a crate and truck lent to the SVC by the Malilangwe Trust.

It is worth noting that this calf had lost her mother earlier in the year to a snare and had since linked up with her older sibling. Originally located on Sango, this family unit had ranged far from their usual territory over the course of several months. In early October SSPU rangers reported injuries on the 2019 calf, likely attacked by lion. The vets were consulted but the wounds appeared superficial. At this point the calf was still under the protection of her sister. Whilst she was of an appropriate age to be notched, it was decided not to risk separating the sisters.

On the 26th October the calf was darted, notched, treated and moved. Sadly, she died the next day. A post-mortem was carried out by Dr. Jacqueline La Grange-Mostert, and vet consensus was that she died due to toxic shock from extensive injuries caused by another rhino. 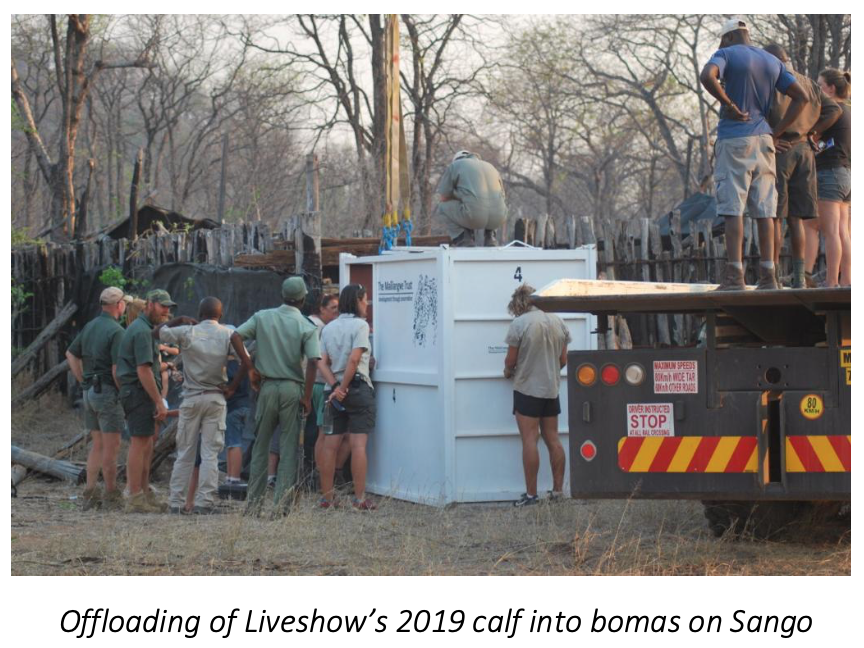 Have a lasting impact. Your donation helps us in protecting our wildlife by supporting the endangered Black and White Rhino, as well as the upcoming 1000 elephant translocation project. Watch this space for impending updates! 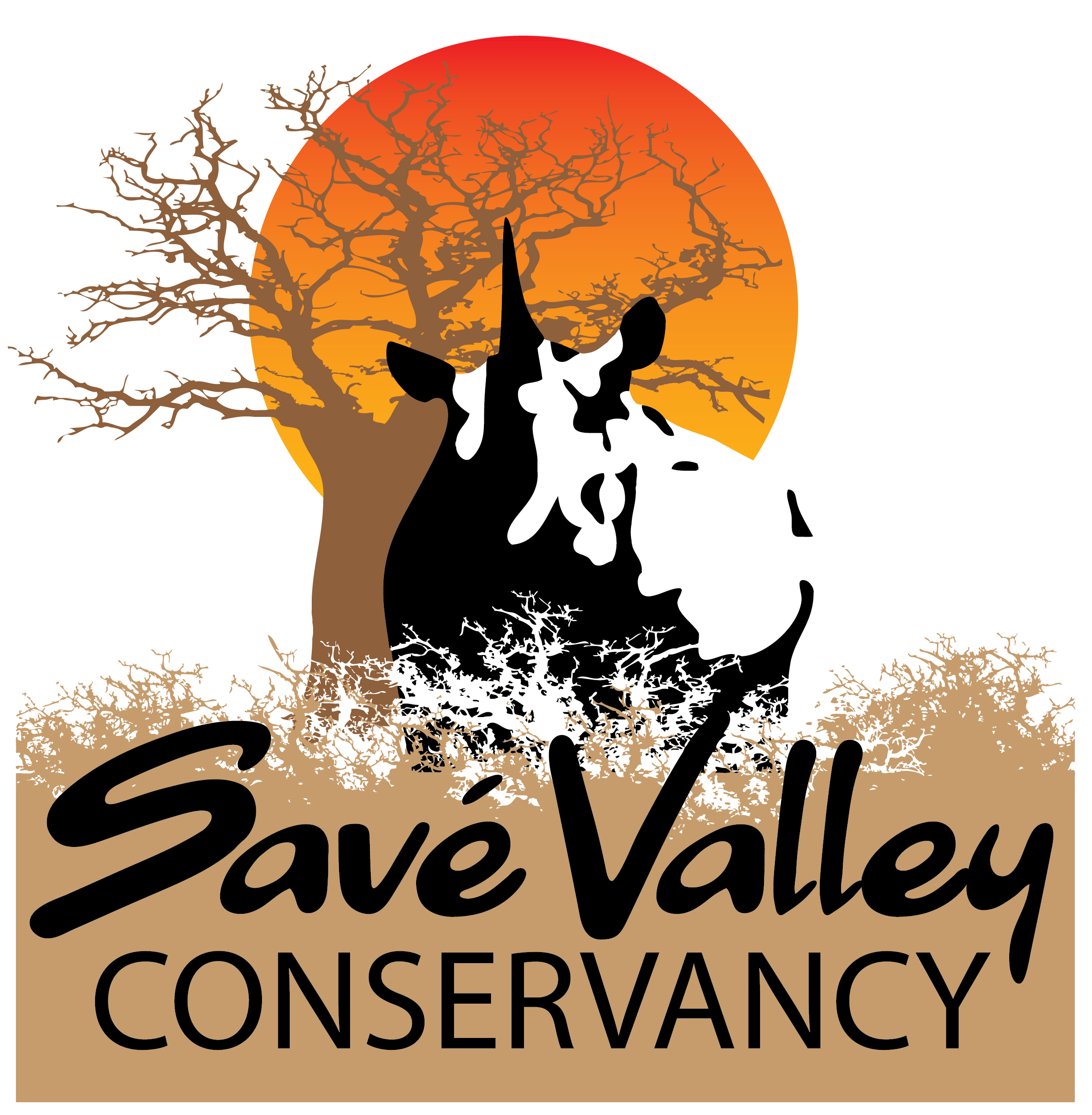 DOWNLOAD THE APP NOW
Passionate about Conservation. Serious about Preservation.